Working as the main contractor for ProQuest as Technical Lead on a collaborative project – Queen Victoria’s Journals – with the Bodleian Library at Oxford and the Royal Archives at Windsor Castle.

The site was launched by H.M. the Queen at Buckingham Palace, on Queen Victoria’s birthday, May 24th 2012, as part of the Queen’s Jubilee celebrations, free to UK and Commonwealth users.

A commercial version was later released for sales to other countries. 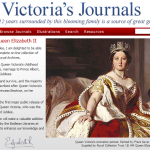 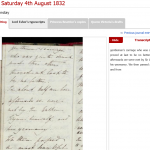 “We asked David (technical lead at DC Systems) to return to ProQuest in Dec 2011 and lead the development team for Queen Victoria’s Journals, a new online journal archive free to UK users. The project had a short delivery timeframe with an immovable release date (Queen Victoria’s birthday, May 24). Having David on board would ensure success as we knew the project was in safe and experienced hands. The site went live on time and on budget, generating hugely positive media coverage and user feedback. A commercial version is now under development and David has agreed to extend his contract to work on it as Technical Lead. This is great news for us.”